Brewer Farms is a family partnership. Brothers William and wife Lisa along with Richard and wife Jenni and their two children Philip and Hannah. Philip is a pilot. Hannah has just completed a sheep and beef course at Taratahi Agricultural Training Centre and is passionate about a career in agriculture.

Three generations of the Brewer family has farmed in Hawera for just over 100 years.

Many years work has gone into developing a farming system that grows quality produce and makes the best use of the farm resources.

We are proud to be part of the ”Coastal Spring Lamb” team, producing the very best spring lamb that is now available locally in New Zealand.

Our favourite dish would have to be lamb leg steaks cooked quickly on the barbeque with a little seasoning, and served with new potatoes and a fresh salad. Best eaten on a summer evening on the deck, with a sea breeze and a view of the sun setting on the mountain. 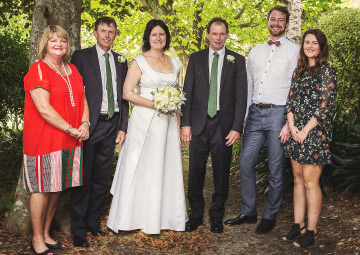 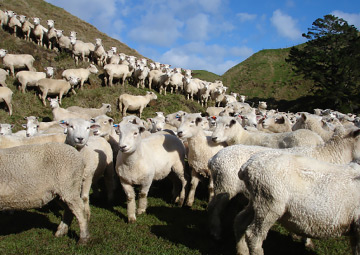 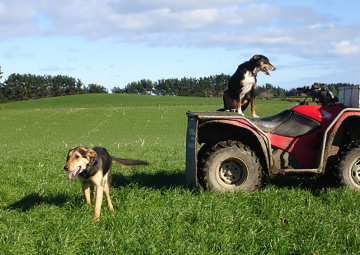 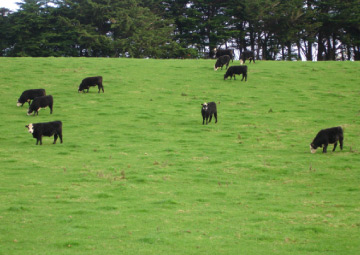 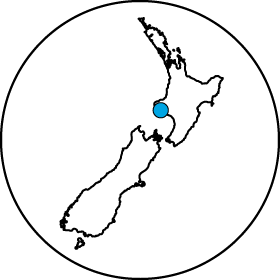 Brewer Farms is a 410 ha property near the coast in South Taranaki. The operation involves sheep, beef finishing, dairy and maize silage production.

Soils are Egmont Yellow / Brown Loam and are derived from volcanic deposits from Mt Taranaki. The mountain and coastal weather dominate our farming environment.

SHEEP: We run 2300 ewes. They lamb in August and all lambs are finished prime. We also run 600 Hoggets, which lamb in September.

BEEF: We run 360 Angus / Hereford steers. 180 one-year-old steers that are purchased annually, mainly from ‘Tunnel Hill’. 180 rising two-year-old steers are sold from June to September on a winter contract. All are pasture fed with hay supplement.

Maize silage is direct-drilled in 30cm rows in late October. Annual ryegrass is sown into the maize silage stubble in late March and used to finish the beef during winter. Brassica crops are used to supplement the dairy herd and sheep during dry periods in the summer. New ryegrass/ clover pasture is established after two crops of either maize or brassica.

The four enterprises all work together on different topograghy on the property to make up a sustainable farming system. Improvements in animal genetics, plant species and farm management techniques allow us to keep developing the system. This enables us to bring you a top quality, consistent product that you can enjoy at home or in selected restaurants.