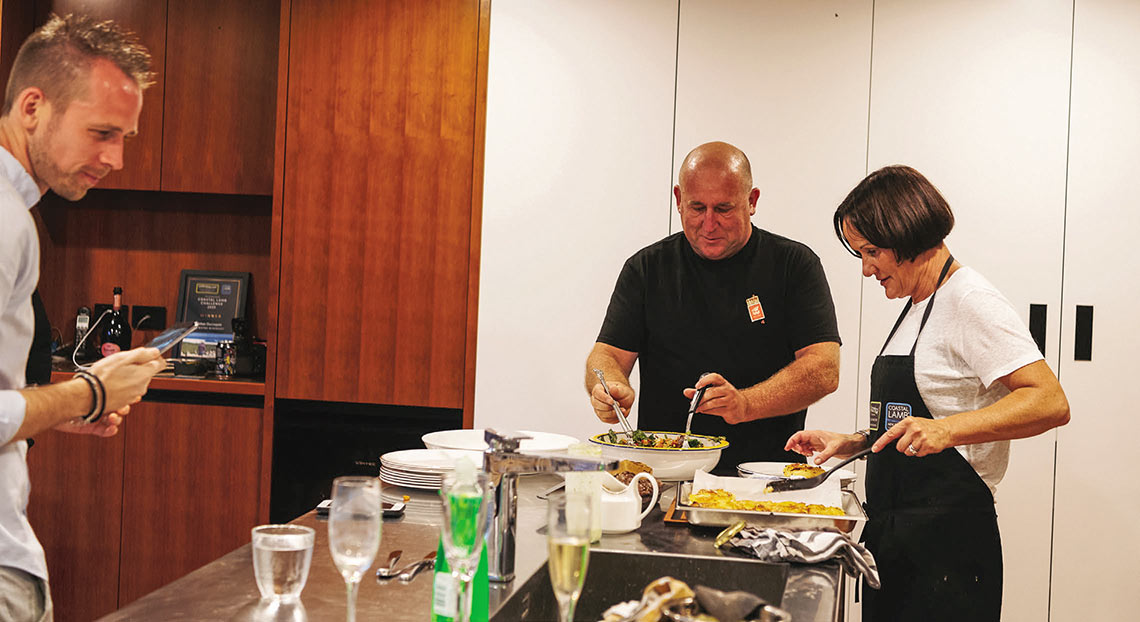 LAMB FOR THE WORLD’S DINERS

Spending 60 to 70 days a year offshore growing a burgeoning lamb brand might sound appealing to the uninitiated. It’s the relentless but rewarding pathway that farming couple Richard and Suze Redmayne have been treading for the past nine years as they carve out a niche for Coastal Lamb on a global stage.

“It’s a lot of airports. It’s good fun mostly. Well, you don’t stay in one city for very long – usually only one or two nights,” Suze says.

“You’re basically repeating the same story a thousand times a week. But some of it’s very stimulating and the connections with chefs is amazing. The whole purpose of what we do is to make sure our customers have happy customers.”

They know building a brand in the meat sector is a massive undertaking – hence their niche target and the personal contact that comes from their regular overseas trips.

“We’ve had to start off by getting good suppliers, and we’ve had to build a really strong relationship with our meat processor. Then we’ve had to find customers who really are looking for a story built on quality and then you have to repeat it.”

“Anyone can supply someone once, but you have to do it 52 weeks of the year, without making any mistakes, and that is the exciting part,” Richard says. From their first trip offshore, the Redmaynes have always believed a spread of markets was the best way to de-risk the business and soften the impact of a crash in price in a single, large volume market.

Their target customers are distributors that supply fine-dining restaurants and top-end hotels in their region or continent. In Asia, they have developed a strong relationship with Classic Fine Foods which has several Michelin star restaurants on its supplier list across several countries in Asia, including China. In America, they work with Terra Pacific Marketing which also distributes venison from NZ company Mountain River Processors. The principle of Terra Pacific Marketing is Angus Cleland, who grew up in the Manawatu township of Feilding.

In Europe, the Coastal Lamb product is distributed mostly by All Meats, a Belgian-based company with a long history in the meat trade. Early on, they focused on offering lamb racks because they are usually very popular with distributors and end users. But over the past few years, demand has broadened out to include all cuts. 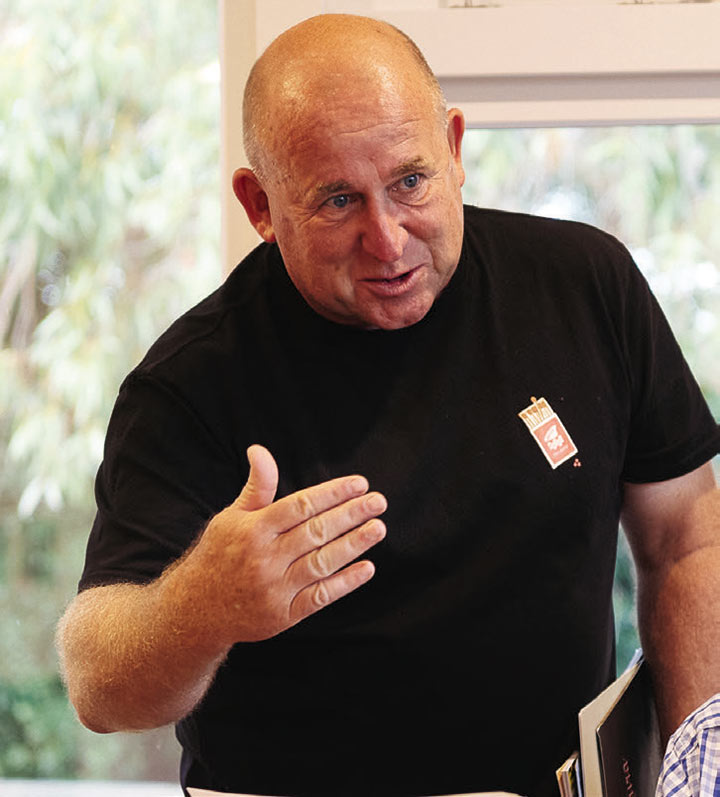 Richard Redmayne: ‘Anyone can supply someone once, but you have to do it 52 weeks of the year, without making any mistakes’.

“We have growing demand for three times the current volume of exports to the United States and our partner in Europe has just completed a rebuilding of their cool store and meat trading facilities, so they are also keen to take more Coastal Lamb from us,” Richard says.

So far, the Remaynes have resisted the temptation to offer other red meats like venison or beef and other New Zealand produce like wine or honey. They won’t rule it out as an option for the future, but their experience to date says it’s better to concentrate just on lamb.

“Very often when you meet a chef, you get maybe 20 or 30 seconds sometimes or a minute to engage. And it’s very easy to engage focusing on lamb. I think if you turned up and you had 10 products to offer, you come across slightly insincere.”

“When we turn up, we’re sometimes called the Lamb Man or the Lamb Lady, and we are very happy with that. We are farmers, and we’re not shiny salesmen, but that’s just the image we like,” Suze says.

“We celebrate the ruralness and the fact we’re farm owners. I mean, for a lot of these chefs, they have never met a farm owner.”

They laugh about being red-faced when their trusty laptop failed just as they started a presentation to a new customer in Vietnam. They were surprised next day when they heard from their local agent that the restaurant meat buyer placed an order and joked about the ‘real’ farmers coming to see him. It’s that authenticity that sets them apart from many in the uncompromising meat sales world.

Their biggest challenge to establishing the brand was building critical mass in supply and now they are after more suppliers to continue that growth.

As well as receiving a premium at slaughter, suppliers can become shareholders in the business.

Coastal Lamb also recently set up an Advisory Group that has members right through the supply chain. Members are Richard and Suze, Peter Cullinane from Lewis Road Creamery, Warren McDonald from Ovation and suppliers Pat O’Neill and David Jefferis.

Their 17 suppliers are producing lambs year round in the 18 kg– 22 kg weight range, on a planned but flexible supply commitment. Suppliers are selected for their coastal location and their ability to supply quality stock.

“We look for like-minded farmers that hold the same values as we do. As we are all dependent on each other in regards to meeting the brand attributes, and we look to work with people that show a pride in what they are doing,” Richard says.

They are in regular contact with each family, in addition to co coordinating the weekly lamb supply. Committed numbers are re-confirmed each week, a few days out, so gaps in supply from one farm are filled by others. As well as discussing lamb numbers, suppliers are kept fully up to date on all international and domestic sales trips and given regular updates on company progress.

The Coastal Club on the website www.coastallamb.com is a communication Suze puts out on a monthly basis connecting chefs, farmers and other key industry participant. Buyers using the online shop also get the chance to join this communication.

Lamb are picked up by the companies own truck and batch processed every Thursday at Feilding’s Ovation plant.

For suppliers like Chris and Linda O’Neill and Daniel and Anne-Cle Gordon, having that regular commitment means they can plan ahead and build other livestock tasks around the next pick up, like weighing, drenching and feed planning.

“The communication from Richard and Suze is really great. You just feel like you’re part of the company, even when they are overseas on their trips,” Linda says.