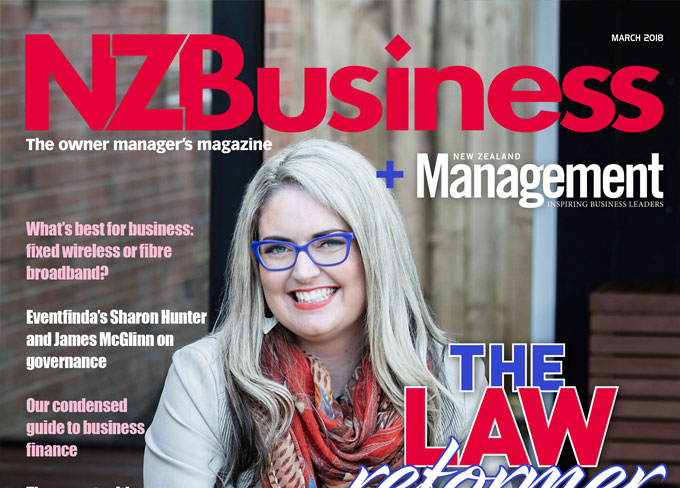 The coastal lamb brand was born on Richard and Suze Redmayne’s family farm by the sea, just south of Whanganui. It’s well on the way to becoming the most sought-after lamb brand in the world.

When lambs are raised on pastures consisting of grasses, herbs and clover that are regularly dusted with sea salt from the nearby ocean – something really special happens.

It results in tender, succulent Coastal Lamb; lamb that is increasingly finding favour with many of the world’s leading restaurants.

The Coastal Lamb story is one highlighted by strong relationships and a generous helping of Kiwi ‘down on the farm’ innovation.

It began in 1994 with Richard Redmayne taking over ‘Tunnel Hill’, the family farm on the North Island’s West Coast, 15 minutes south of Whanganui. Then aged 28, Richard had a commerce degree, as well as experience in tax and accounting, and farming, in the UK.

“After two years travelling I decided that I wanted to go farming as opposed to getting a suit and tie job back in New Zealand,” he recalls, adding that a combination of physical work and mental work appealed to him at the time.

The farm was in great shape. Richard’s great grandfather Wilfrid Perry had purchased it in 1936, and his parents had farmed and developed Tunnel Hill since 1964. This made Richard the fourth generation of his family to breed lambs on the high quality fertile soils.

The farm also produces Angus-Hereford weaners, maize grain for the poultry industry, and it has a sizable sustainable forestry operation.

Of course, a key characteristic of the lamb industry is its seasonal nature. With the farm’s diverse soil types, over time Richard found he could successfully lamb in June/July and market those lambs in the season shoulders, when prices peaked.

He began exporting his lamb to English supermarkets for the northern Christmas. “However, these arrangements ran hot and cold, depending on the mood of British farmers, British supermarkets and New Zealand processing companies. We couldn’t get a sustainable pattern of growth going.

“So this lead to the idea of keeping the first spring lamb of the season here in New Zealand and offering Kiwis the chance to celebrate spring with Coastal Spring Lamb,” says Richard.

As well as supplying the domestic market from October to early February, Coastal Spring Lamb is exported between October and January and Coastal Lamb between February and September.

This is achieved through a group of 18 other intergenerational family farms that each farm to their own comfortable pattern – collectively providing a regular 52 week lamb supply.

The secret is in the clever matching of breeding/finishing farms with cropping farms that finish lambs on high quality grass and clover in the winter.

More than 60,000 lambs are sent annually to clients in places such as Vietnam, Hong Kong, Singapore, Thailand, China, Macau, Dubai, Japan, the Cook Islands and Belgium.

The company’s first export opportunity came via Whanganui chef Richard Wilson, then working at the six-star Nam Hai resort in Vietnam. He had discovered the product while home on holiday and the first shipment was airfreighted to Ho Chi Minh City in 2015.

“Part of our offer was to fly to Vietnam a few days after the lamb arrived to train the foodservice company’s staff and share our story with their customers,” explains Richard.

“A successful relationship started with Classic Fine Foods and, via referrals, we now supply them in eight countries.”

Coastal Lamb go ‘above and beyond’ to support their product and share their story. In 2016 they were offshore for a total of 51 days visiting customers (including leading hotels and Michelin star restaurants) and supporting their distributors.

“We agree to visit each country at least once a year to build relationships and train both sales staff and chefs about our products,” says Richard.

Coastal Lamb was on the menus of several hotels during the 2017 APEC summit in Da Nang, Vietnam and is currently featured at the Sofitel Legend Metropole Hotel in Hanoi, along with several Michelin Star restaurants in Shanghai.

Exporting does, however, come with its challenges. Overcoming the language barrier, for example, often requires the extensive use of high quality images and videos to make a point.

“Each country has specific importing requirements too,” says Richard “We’ve found solid email trails help in case there is ever any miscommunication.” POINT OF

Marketing their coastal provenance highlights a major point of difference for the Coastal Lamb brand. In culinary circles worldwide it’s acknowledged that any food produced near the sea is highly desirable, explains Richard.

“We encourage our restaurant clients to feature our brands on the menu – this will allow waiting staff to start a conversation with the customer and showcase the fact that they have a unique product with a real provenance story on their menu.”

Customers also want a connection with the farmers that produce their food, he says.

Richard and Suze take a team approach to training and networking with customers when they’re in-market.

“At a chefs table event there are often ten to 12 chefs, which means the two of us can share our story with the whole group,” says Richard. “That’s impossible [to do] by yourself.”

Suze is a full partner in the business and always on hand for Richard to bounce ideas off or help develop a strategy.

As to the future, the couple have ambitious plans for growing the brand.

“We encourage our restaurant clients to feature our brands on the menu – this will allow waiting staff to start a conversation with the customer and showcase the fact that they have a unique product with a real provenance story on their menu.”

“We are in the process of offering shares in our brands to our farmers, our processor, and our in-market partners,” says Richard. He believes linking all parts of the supply chain will be a first for New Zealand Lamb.

Building relationships with their in-market partners and customers is key, he says, adding that every mega-city across all continents is currently in their sights.

The focus is to become the most sought-after and recognised lamb brand on the planet – and Coastal Lamb is already well on the way to achieving that lofty goal.