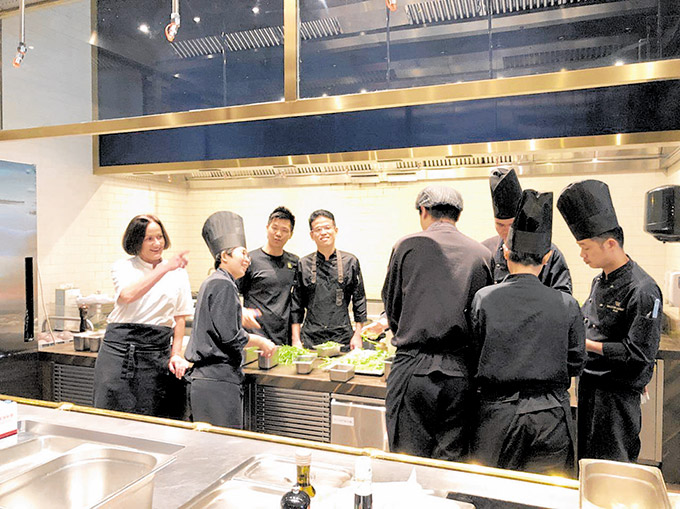 An Auckland chef’s offering of lamb tartare with an oyster emulsion and sea cucumber has inspired a competition to find the best pairing of lamb and seafood. The chef was Nobu Lee, who cooks at Clooney restaurant in Auckland. His dish, and the way lamb and seafood are paired in China, have inspired Coastal Spring Lamb founders Richard and Suze Redmayne, of Turakina, to start a competition.

The Coastal Lamb Challenge is for chefs in New Zealand as well as those in China, Vietnam, Singapore and Japan.

The New Zealand chef will win $5000 and the Asian chef will be flown to New Zealand in February and hosted for a week by the families that grow Coastal Lamb and Coastal Spring Lamb. Then the two will cook a dinner for the 17 families who supply the meat.

Entries are looking “healthy” and Richard Redmayne is inspired by the complexity of one he has seen.

Entrants have to prove they have used meat from the business, and use its name on their menus. They can use any cut of lamb except a lamb rack.

“We want to push the chefs to explore something with another cut so we can grow demand for other cuts.”

Entries will be in the form of photographs, with descriptions. From them the judges will choose three New Zealand chefs to have a cook-off, and one international winner who will travel to New Zealand. Entries must be in by November 8.

The Chinese food scene is incredible and world leading, he said, and he’s starting to form friendships there. A chef from the Waldorf Astoria Beijing is about to visit New Zealand.

“That’s what I set out to do, to have those relationships.”

“The taste and texture was divine.”

One of the aims of the lamb business is to sell as much as possible of a carcass at a premium rate. The Redmaynes have also begun offering online sales.

The lambs are supplied by 17 North Island farms. Two that have recently joined are the Craigs, at Whangaehu, and the Crofoots at Castlepoint Station.

Coastal Spring Lamb is on sale from October to June, and Coastal Lamb for the rest of the year. The meat is exported to 12 countries, including Belgium, Tahiti and the US.