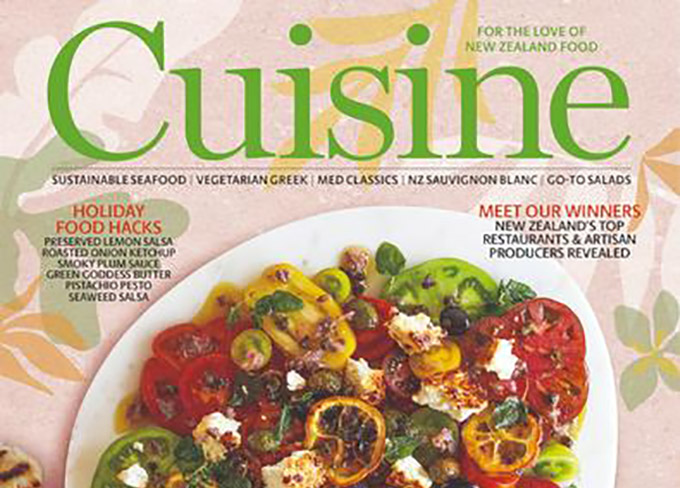 OCEAN SPRAY THAT settles on pastures of Aotearoa’s rich, green paddocks draws the sea and the land closer – and lamb grown here is elevated by geographical good fortune with a sweet, juicy flavour that is salt-kissed. Richard and Suze Redmayne who farm just south of Whanganui know this. And now they have instigated The Coastal Lamb Challenge, an invitation to restaurants both in New Zealand and overseas to create a dish that teams their Coastal Lamb with an element of seafood for the chance of some delicious experimentation and a supreme prize of $5,000. The resulting display of ‘Aotearoa on a plate’ was both impressive and inspiring.

Thing is, the Redmayne’s are not the first to have the idea to pair the lusciousness of lamb with the briny delicacy of fish. Chinese folklore has it that a young shepherd was once cooking a lamb broth when a friend joined him for dinner after a day spent fishing. They added his catch to the pot and the result was a completely different flavour profile: umami. This combination of fish and lamb also lead to the creation of a new Chinese word. ‘Xian’ means ‘fresh’ and is made up of two characters – one that is ‘fish’; the other that is ‘sheep’.

The Coastal Lamb Challenge celebrates and rewards culinary innovation using cuts of Coastal Lamb or Coastal Spring Lamb (but not lamb rack), and Richard is certain these special raw ingredients will be inspiration enough. “Throughout the world, produce that is reared and gathered on coastal land is acknowledged for its clean flavour,” he says. Richard and Suze have gathered a group of intergenerational family-run farms along the east and west coast of the North Island as part of the Coastal Lamb community – places where salt from the Pacific Ocean and Tasman are carried on to the grasses by coastal wind, dusting the herb-filled pastures grazed by the lambs.

Chefs and restaurant diners alike enjoy the story and provenance of the Coastal Lamb brand which is gaining a significant worldwide reputation. It seems the lamb pairs beautifully with a raft of seafood and Richard, as well as supplying the restaurant market domestically, is proactive at growing the export market.

Salt from the Pacific Ocean and Tasman are carried on to the grasses by coastal wind, dusting the herb-filled pastures grazed by the lambs. 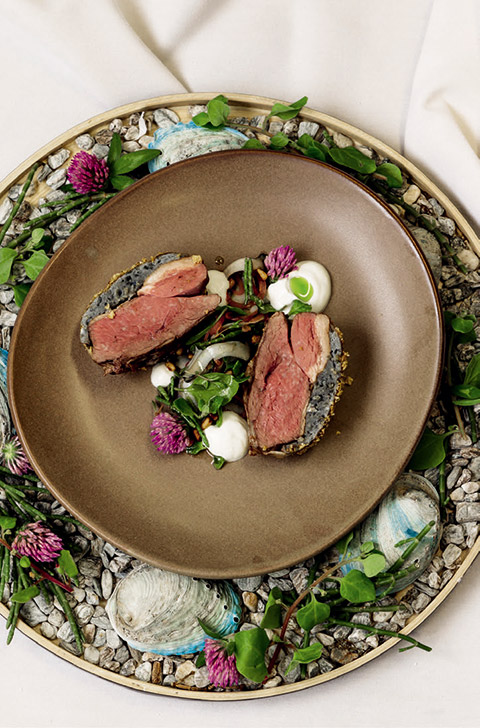 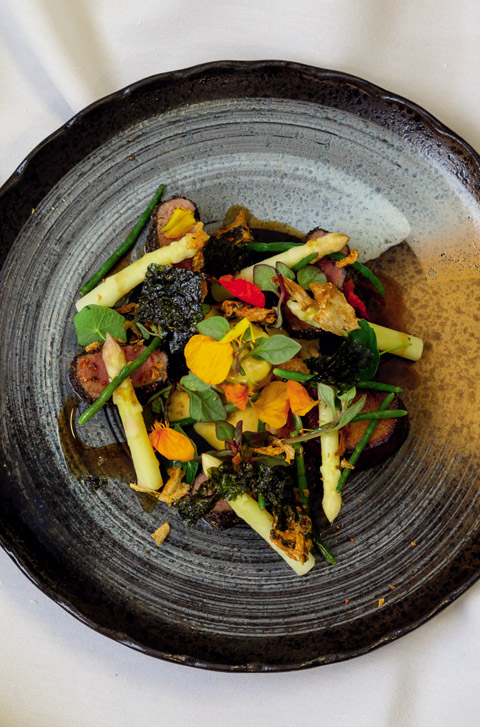 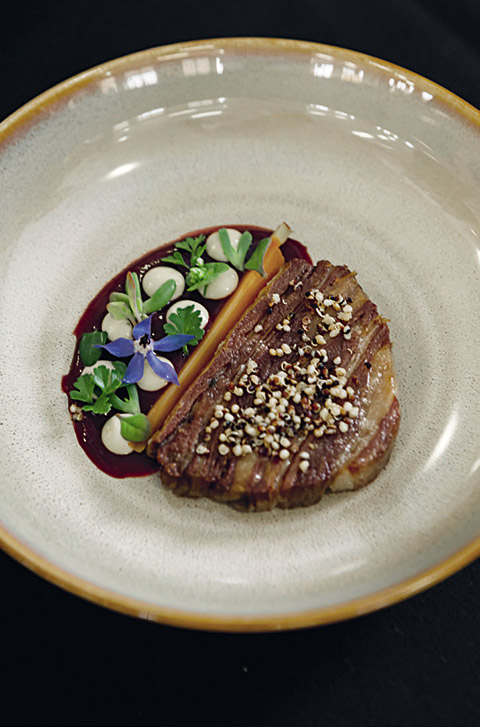 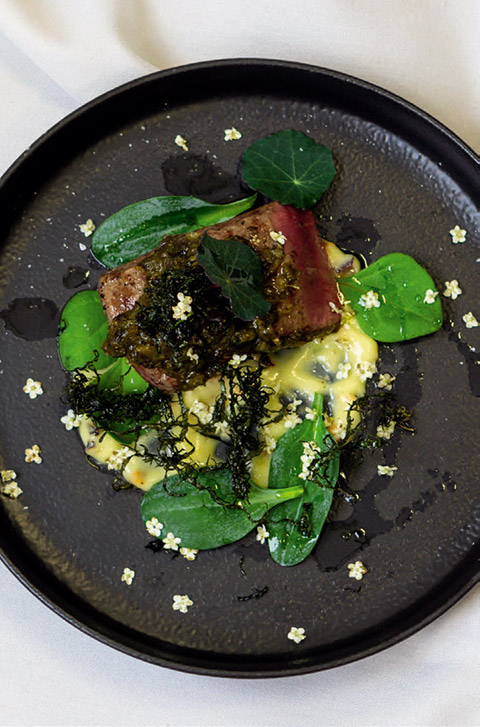 Coastal Lamb is on the radar of several leading New Zealand chefs including Sid Sahrawat, Hayden McMillan and Shaun Clouston but also on the menu at upmarket hotels in Hong Kong, Vietnam, Thailand and China. “Throughout Asia, we’ve talked with chefs who are fascinated by our product,” says Richard. Some memorable, exquisite dishes he has experienced on his travels include: lamb backstrap with Hokkaido scallops; lamb tartare with oyster-cream emulsion; lamb tenderloin tartare with smoked lamb’s tongue, Moana Pacific oysters and caviar, and spring lamb carpaccio with caviar.

Cuisine editor Kelli Brett joined Richard and Suze Redmayne to judge The Coastal Lamb Challenge alongside well-known New Zealand food writers Lauraine Jacobs and Kathy Paterson, and Beef + Lamb New Zealand general manager Ashley Gray. Kelli said she could confidently speak for all of the judges of the sense of pride in the room when judging the national finalists. “The creativity and skill behind each dish delivered the very essence of Aotearoa to each plate. They are some wonderful examples of just how impressive our New Zealand food story can be when the right ingredients are cleverly combined.” Chef Mat McLean from Palate restaurant in Hamilton claimed the New Zealand best dish prize with his dish of lamb loin, confit shoulder, smoked kelp, dashi potato, beach spinach, kimchi, white asparagus and kina butter. “I have a real love for the sea and for meat,” says Mat. “ I love being able to forage ingredients, like the nasturtiums I used as garnish, foraged from the side of the road in Coromandel. I get to meet lots of my peers through the competition and competing brings out the best in me!”

Waikato-raised, Mat began his formal culinary training locally, before heading overseas for a lengthy stint. Experience in Michelin-starred restaurants in London and Melbourne added to his skill base, polished his technique and nourished the idea of owning his own restaurant back in NZ. That ambition became Palate: opened in 2005 in Victoria Street, the classy restaurant relocated to a riverside spot and was awarded Best Regional Restaurant in the 2018 Cuisine Good Food Awards. At Palate, Mat seeks out like-minded producers who share his passion for superb-quality products so diners can enjoy the best, not only of what the Waikato region can offer, but top-of-the-range goods from all over New Zealand. 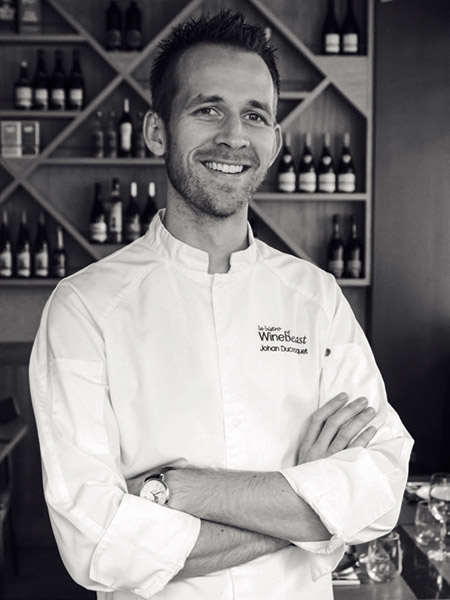 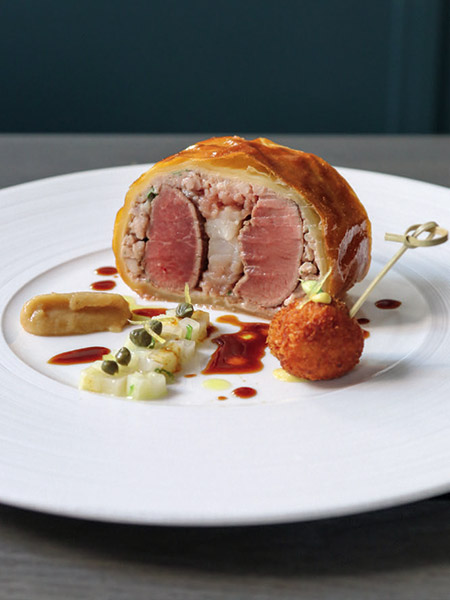 The international entries to the challenge also delivered some exceptional examples of how well lamb can pair with seafood. The winner, chef Johan Ducroquet, is the executive chef at Le Bistro Winebeast in Hong Kong and was chosen for his alluring take on a traditional pithivier that combined lamb loin and smoked eel. Johan began his cooking career at the age of 14 and trained in France, including working at some of the best Michelin-starred restaurants in Paris and moved to Hong Kong five years ago because he believes it’s one of the most exciting food hubs in Asia. Johan will visit New Zealand in February 2020 to cook alongside Mat McLean at a special Coastal Lamb event.

In presenting this competition the Redmaynes have succeeded in breathing a fresh perspective into the classic surf ‘n’ turf combination. “I’m encouraged by these chefs and their ingenuity in creating dishes that celebrate the lamb’s provenance and the connection between land and sea,” says Richard. The result is a modernised, globalised take by chefs who recognise a product that is homegrown but anything but humble. 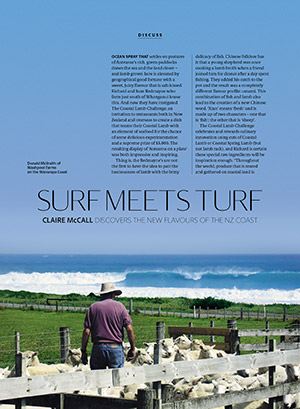