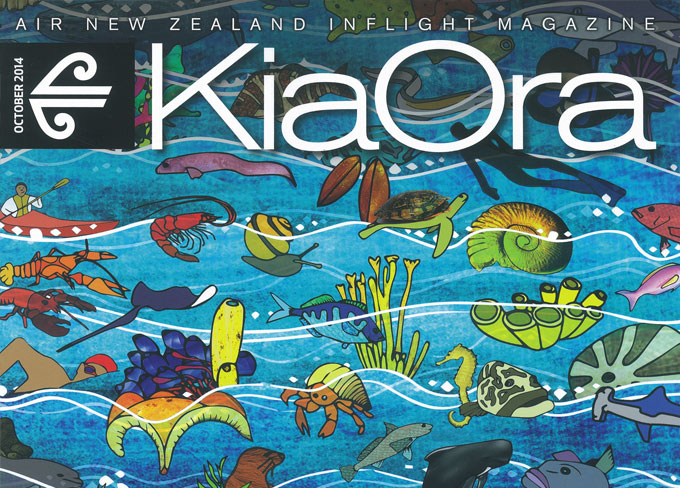 A group of intergenerational family farms on the North Island’s east and west coasts are bringing a new approach to meat marketing, making seasonal lamb available to Kiwi consumers.

Taking pleasure in different seasonal produce is a big part of enjoying food. People often look forward to new potatoes, asparagus in season, or the arrival of the year’s first plump Bluff oysters. Now, a farmer from Turakina, southeast of Whanganui, is leading a drive to bring back an appreciation of seasonality as it relates to one of New Zealand’s best-known food products – lamb.

Historically, butchers around the country sourced early spring lamb, making a fuss over its arrival in their shop-window displays. Many of their customers looked forward to the seasonal arrival of young, tender, more subtly-flavoured lamb after a winter of dining on older lamb from the previous season. Yet, over the decades, the tradition was largely lost, with the meat industry focusing on a standardised year-round supply and almost all early-season lamb being sent to northern hemisphere markets in time to meet demand over Christmas.

Enter that Turakina farmer, Richard Redmayne, who saw an opportunity a few years ago to again offer New Zealanders the young, seasonal lamb they used to enjoy. His concept led to the formation of Coastal Spring Lamb, a collaboration involving lamb from his family property ‘Tunnel Hill’ and a select group of other North Island farms. Several of the properties involved are in warm, coastal sand country, which means they can lamb early, from mid-June to mid-July.

Importantly, Redmayne made an early approach to Foodstuffs, the group behind New World and PAKnSAVE supermarkets.

“As a group of farmers, it’s extremely exciting to be given feedback about your product directly from the consumer. When it’s sold as generic lamb, you don’t get feedback.”

“We had the discussion around why spring lamb was celebrated around the world and used to be celebrated in New Zealand, but no longer was,” he recalls. Foodstuffs saw the idea’s potential and, in 2010, test marketing of Coastal Spring Lamb began in selected New World supermarkets in the lower North Island. It has since also been made available in selected Auckland supermarkets and last year was trialled in the South Island, being distributed to 10 supermarkets. The customer response was so positive that it will be made available South Island-wide to all New World, PAKnSAVE, Four Square and Raeward Fresh stores this year. In 2013 the Coastal Spring Lamb farms supplied around 14,000 spring lambs. This is set to more than double in the 2014 season.

“The two key words that give a feel of what we’re doing are ‘seasonality’ and ‘provenance’,” says Redmayne. The spring lamb is only available from mid-October until the end of January. “You can liken it to whitebait or Bluff oysters,” he says. “There’s probably no better way to celebrate spring than with new season’s spring lamb.” The first of the brand’s product is only four months old, while other lamb available at that time will be from the previous season and could be anything up to 12 months old.

In talking about provenance, Coastal Spring Lamb want customers to be able to make the direct link between the farms and the farming families who produce the lamb and the packaged product in the supermarket. “As a group of farmers, it’s extremely exciting to be given feedback about your product directly from the consumer. When it’s sold as generic lamb, you don’t get feedback, in fact you can’t.”

Most of the families involved have been on their properties for a century or more and have a long-standing commitment to producing top-quality lamb, notes Redmayne. On the east coast the families are the Sorensens, McKays, McIlraiths, Kights, Hansens and Lowrys and on the west coast, the Redmaynes, O’Neills, McKelvies and Brewers.

While declining sheep numbers in recent years reflect the move some sheep farmers have made to dairy, the Coastal Spring Lamb families are committed to the business in which they have proven expertise. “The group of families we’ve got together to work with are very passionate about sheep and very competent at what they do.”

He recently attended a Foodstuffs’ Fresh Foods Expo in Wellington at which he had the opportunity to showcase his Coastal Spring Lamb to owner operators and butchery managers from throughout New Zealand. “There’s still a lot of potential for growth,” he says. That includes the prospect of growing sales nationally through more of Foodstuffs’ network. Production can be increased on Coastal Spring Lamb’s existing farms, and by inviting additional farming families to become involved.

Foodstuffs South Island butchery operations manager Steve Alexander says a concept that began with Richard’s “passionate presentation about Coastal Spring Lamb”, has clearly been embraced by customers. “The pilot that we ran last year in the South Island was overwhelming in terms of the feedback from our consumers.”

Alexander recalls the spring-lamb seasonal celebration being a big thing when he began in the industry in Southland over two decades ago. “There’s a definite heritage about it and over time, we’ve kind of forgotten about it.” Now that Coastal Spring Lamb is available in South Island Foodstuffs’ stores, he sees the seasonal revival in butchery quickly gaining momentum. “No question. The partnership we’ve got is long term. We see it getting better and better, year by year. It truly is stunning product”.

Farmers Richard and Suze Redmayne get to hear directly from consumers of Coastal Spring Lamb during frequent in-store promotions.

The couple have visited dozens of supermarkets over the last few years, cooking lamb back straps and slicing up tasty morsels for passing shoppers. “That’s a fantastic chance to get feedback,” Richard says. The effect on sales is often instant – “once customers try it, they tend to buy it” – and the visits are also an opportunity for the producers to talk to the supermarket butchers about the product and how the market is responding to it. “It’s been a great way to build a relationship with both the butchers and our customers.”

This will be the fourth season during which Coastal Spring Lamb has featured on the Logan Brown menu. The celebrated restaurant’s head chef and co-owner Shaun Clouston says that, as with scallops or whitebait, there’s a sense of excitement when the new season lamb arrives. “It’s something I really look forward to,” he says. The younger lamb is leaner, has a lighter colour and flavour and is enjoyed by diners who don’t normally like strongly-flavored lamb. “I think it’s a pretty special product.”

Clouston says he likes seeing sheep farmers coming into his restaurant and being won over by the young lamb. “They go, ‘oh my god that lamb’s amazing’, and these guys have obviously had a fair amount of lamb in their time.”

BNZ agribusiness specialist Rob Gemmell says the bank was excited to get behind Richard Redmayne’s vision for Coastal Spring Lamb. “This is a great example of innovating to add value in the agri sector,” he says. “Richard had a clear idea about the opportunity and how to approach it. Helping our customers capture greater benefits from the value chain is one of our key focuses. We are delighted to offer our support.”